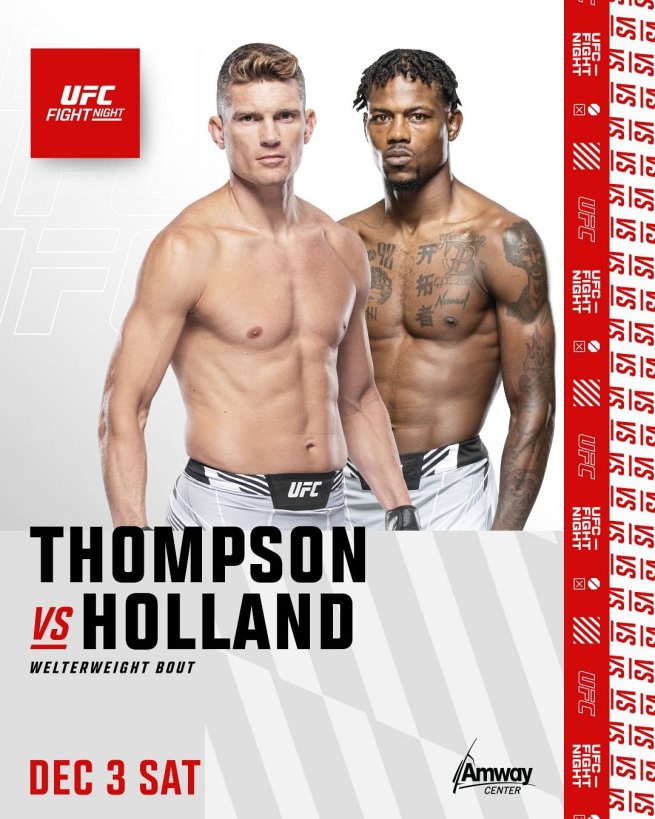 UFC on ESPN 42 is officially in the books. ‘Thompson vs. Holland’-led card took place at the Amway Center in Orlando, Florida, 1 month and 24 days ago. The fourteen-fight-event featured some nice scraps and a few of nice finishes, punctuated by Stephen Thompson’s TKO (Corner Stoppage) victory over Kevin Holland. In the co-main event, Rafael dos Anjos defeated Bryan Barberena in round 2 by Submission (Neck Crank).

You can view UFC on ESPN 42 results and full fight card.

Let’s take a closer look at the official UFC on ESPN 42 bonus winners below:

There were fourteen fights at UFC on ESPN 42: Thompson vs. Holland, only four athletes received the bonuses. The Performance of the Night bonus went to Sergei Pavlovich and Roman Dolidze, who will be leaving the Amway Center in Orlando, Florida with an extra $50,000. Stephen Thompson Vs. Kevin Holland was awarded the Fight of the Night.

The list of fighter pay from UFC on ESPN 42:

The total disclosed payroll for UFC on ESPN 42 event is PENDING.

UFC on ESPN 42 attendance and gate

There were 17,065 fans inside the Amway Center for UFC on ESPN 42 on December 3. The reported gate for the event is: . The buyrate and viewership data is: Not available.