UFC on ESPN 42 Card – All Fights & Details for ‘Thompson vs. Holland’ 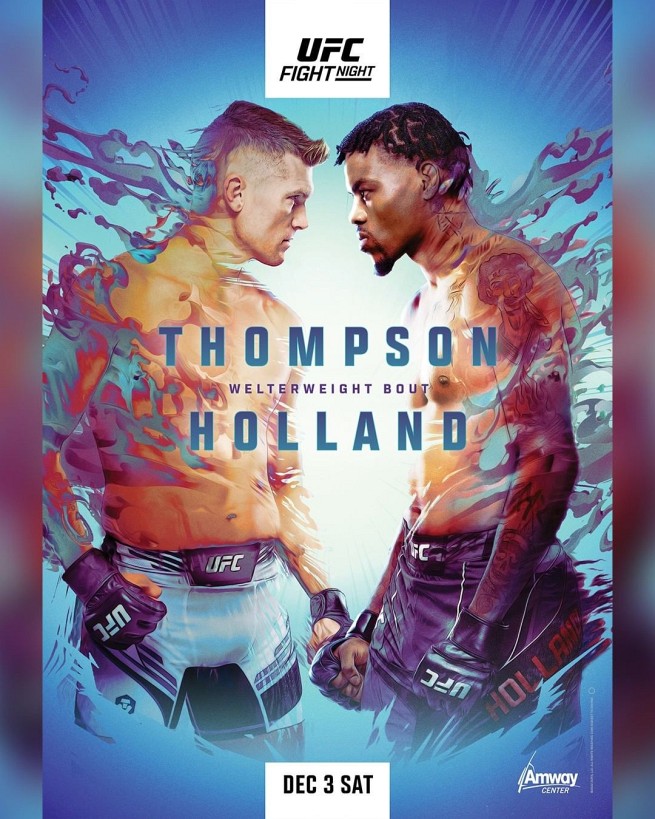 The Ultimate Fighting Championship returns to the Amway Center for UFC on ESPN 42 in Orlando, Florida. A middleweight match between Stephen Thompson and Kevin Holland is set to headline this event. “Thompson vs. Holland” will take place on Saturday, Dec. 3, in 1 month and 24 days ago.

On Saturday night, we’ll also watch Rafael dos taking on Bryan Barberena in an great match. Matheus Nicolau vs. Matt Schnell are targeted for a giant clash that’s also slated to take place at UFC on ESPN 42. Other announced fights include Sergei Pavlovich vs. Tai Tuivasa; and Roman Dolidze vs. Jack Hermansson.

So who is fighting on UFC on ESPN 42 on December 3rd? Let’s take a look!

“Thompson vs. Holland” is a Fight Night event, which means prelims and the main card will be streamed exclusively on ESPN+ streaming service. Find out how to watch the full event here.

Here are the bouts announced for UFC on ESPN 42 thus far in no particular order:

Please note, UFC on ESPN 42 fight card, bout order, and the number of matches subject to change due to unusual circumstances related to the pandemic, but rest assured that Kevin Holland versus Stephen Thompson will be just one of the highlights on this electric night.

While final details are still waiting to be confirmed, the UFC on ESPN 42 preliminary card is scheduled to begin at 4:00 PM on ESPN/ESPN+, and the main ‘Thompson vs. Holland’ card is set to start at 7:00 PM, with the main event beginning around 9:00 PM PM.

All times are in Eastern Time (ET). If you are in a different time zone, click here to find out exact time UFC on ESPN 42: Thompson vs. Holland starts in your local area.